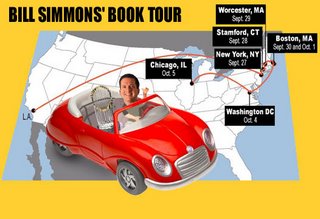 A couple of things I missed. Sometimes I’m a tad too bitter so I gloss over things…….

*Maybe I somehow missed all the times this was debated and discussed Â but why hasn’t more been made of the “Alfonso Soriano/Brad Wilkerson” trade? That has to go down as one of the five worst trades of the past 25 years, right? For Rangers fans, the shame has been that their team lucked out with multiple low-risk guys — Mark DeRosa, Web Gem MVP Gary Matthews Jr., that Otsuka guy, Gerald Laird, even Vicente Padilla until he got shelled Tuesday night — as well as a truly crummy division, a favorable trade (for Carlos Lee) and Teixeira finally waking up from his three-month slumber. But imagine if they still had Soriano to boot? Yikes.
People do forget that all of Washington was up in arms when Brad Wilkerson got traded, but mostly because their girlfriends could no longer wear his jersey shirt to games.

*(By the way, I loved “Moneyball,” but doesn’t it take a hit in the historical sense because there were entire chapters devoted to Billy Beane’s genius for coming up with guys like Scott Hatteberg, Jeremy Brown and Chad Bradford? Thank God for Nick Swisher — he saved the book from retroactively ranking in the 90s on the Unintentional Comedy Scale. And frankly, there’s still time.)
Another very good point. Not to bash my Alma Mater here, but I knew Beane had jumped the shark when he drafted Eddie Kim from JMU. The kid was a very patient hitter, but he did also bat in the Colonialathleticc League. I liked the kid (had classes with him), and he should have been drafted, but they drafted him in the 3rd round! Those A’s are crazy when it comes to the draft sometimes (well not with pitchers).

6. Minnesota- Blah Blah Blah…..fantasy baseball…….blah Liriano trade……Hench……scream….blah.
I’m sorry, but again I do not care about your fantasy team. You told me nothing about one of the most dynamic teams in baseball…..a team that has a better record than the Red Sox.

5. Anaheim- It’s almost like they’ve had two seasons in one: The awkward transition season when the old guys make way for the new guys, followed by the feel-good season when the young guys slowly start to emerge, only those things happened simultaneously. But how many AL teams have four quality starters (Escobar, Lackey, Weaver and Santana), a quality bullpen (Shields, Donnelly and K-Rod), a superstar (Vlad), speed on the bases (Figgins, Cabrera and Kendrick), up-and-coming bats (Kendrick and Juan Rivera) and a good manager (Mike Scioscia, having his best season yet).

The big question: Why would I have them ranked ahead of the A’s when they’re six behind them in the loss column right now? Because I’d love to play the A’s in October. The Angels? No way.
While I agree on the Angels season so far, and the fact that their pitching staff is arguably the most well-rounded in the A.L., I disagree with two things here. First, is that you can’t state that Mike Scioscia is having his best season yet. He won a World Series in 2002.

Second, I completely disagree with the fact that they are ranked ahead of the A’s. While I agree whole-heartedly that I would much rather face the A’s than the Angels in the playoffs…..the article is “supposed” to be who has a better chance at winning the whole thing. And if the A’s get in and the Angels don’t, which is what current records indicate, then they have a 100% better chance.

4. Boston- Here’s what I like: Big Papi, Manny, Schilling, Papelbon, Youkilis, Lowell and Gonzalez on the left side of the infield; Jon Lester’s potential; Wily Mo in any game where the Red Sox are leading or trailing by four runs or more.

Here’s what I don’t like: Everything else.
I’m not quite sure what he’s referring to here. When talking about the playoffs and a potential championship you really shouldn’t be mentioning a rookie’s potential. So is he talking about the team in general?

(Note: Not to keep bringing up my keeper league, because I wouldn’t want you to think that I’m obsessed with it, even though I probably am Â but Hench and I had Timlin, Delcarmen AND Hansen on our keeper team this season, and we traded all of them in separate moves last month. Why? BECAUSE WE WATCH BASEBALL! BECAUSE ALL OF THEM SUCK! THAT’S WHY! Really, we’re going to war with a one-man bullpen for the next 10 weeks? That’s the plan? Good God, I can’t wait to have Belichick and Brady back in my life. I want everything to make sense again.)
Okay….seriously…..I’m making you a promise….even if I have nothing to write about (or people to make fun of in an attempt to justify myself) I PROMISE that I will never talk about my fantasy teams.

P.S.- That’s what you get for being a Homer and having all your favorite team’s players….that never works! (unless you’re a yankees fan)

P.P.S.- I’m praying (for my sites sake) that Boston misses the playoffs. I think you know why 😉

3. Chicago- You know how USA Today runs the page every Tuesday with all the team stats? And when you look at the pitching, there’s always one or two scrubs at the bottom of each team’s staff with a 7.80 ERA? Well, in Chicago’s case, 12 pitchers are listed Â and the bottom four guys also happen to be the 2 through 5 starters on the team (Garcia, Buehrle, Vazquez and Garland).
That’s just a crazy stat, but run support is everything in the A.L.

With their bullpen and their bats — you realize Thome, Konerko, Dye and Crede are on pace for a combined 150 HRs, 500 RBI and .950 OPS, right? — they could emulate the 2002 Angels for three weeks. Entirely conceivable. Sure, the Fox Sports execs are probably referring to this possibility as “DEFCON 1,” but it’s entirely conceivable.
Another good point.

2. Detroit- I predicted a second-half swoon for the Tigers in last month’s chat. Didn’t happen. But I’m still not sold on them. I thought Buster Olney nailed it in his blog on Monday: They don’t have an October lineup. In other words, they have a bunch of free swingers, not guys who work counts, get on base, extend pitch counts and everything else. You can absolutely, positively pitch to these guys. 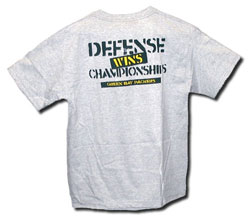 Okay, here’s the thing. I’m going to give you a little insight on myself here. I’m starting to dislike baseball, and in turn have not followed it as closely as other sports (that doesn’t mean I don’t watch). But one thing I do know is that using a term like “Not having an October Lineup” is plain crap. All you ever hear are writers talking about Pitching being the key in the playoffs. Well the Tigers are making a miraculous regular season run into the playoffs and now their lineup is too weak?

I really think writers just make half of this up to spin things in their team’s favor. Basically Simmons is just trying to find a reason to have hope for his Red Sox again. If they get the Wild Card….they’re playing the Tigers most likely.

Those guys are fine during the season, especially during those stretches when you’re playing 12-9 games in Texas and wearing out the 12th-best pitcher in Baltimore’s bullpen. But in the playoffs? They kill you. And the Tigers have a bunch of them: Inge, Thames, Monroe, Granderson, Dmitri Young Â you can pitch to all of these guys.
I agree that these guys are all free swingers, but here’s the thing. Detroit has nothing to lose…..no one remembers the record after the playoffs are over….just who won. With that pitching staff and bullpen they have a pretty good shot. (I just wouldn’t bet on them if Todd Jones was facing Ortiz with the game on the line.)

Seriously, I can’t wait for the Tigers in the playoffs. How can you love sports and NOT be excited about this? So many subplots, great fans, everything you could ask for. I sound like Frank Gifford. Let’s move on.
Now that I will agree with. The team is just fun to watch, and if they’re in the playoffs there’s no chance I’m not rooting for them against the others.

1. New York- Before I get into this there’s one thing I don’t understand….I know he hates the Yankees but how do you give the Mariners an entire page, but the Yankees a little under half. There’s a lot that needs to be said about this team, and he refuses. Just another way his bias hurts his writing.

I hate doing it. Believe me. He might not be hitting many homers, but Abreu makes a big difference in that lineup. But Abreu pushed that lineup to another level — you’re looking at an average of 4-5 pitches per guy just to get through the order once. (I was never a huge Abreu fan, but it was a brilliant move to get him — reminiscent of the Suns picking up Tim Thomas last spring).

This is really the only point he makes during the Yankees piece. The other stuff is all true, but we know all that. I read sports writers to tell me stuff I don’t know. The Tim Thomas comparison is a good one though.

A lot of people are emailing/commenting that they are disagreeing with me and that they liked they article. Don’t get me wrong….I liked it when I first read it. In fact I didn’t once think that it seemed too long or drawn out.

The problems I have stem from the underlying bias and confusing nature of the article. First there is no judging criteria for which to base the ratings. He’s not taking into account the team’s current records at all. While the article is good overall, and very funny as well, it seems haphazardly pieced together.
Also…..Yes, I am a bitter Orioles fan, and I know more about them than any other team. But get an editor to check some facts now and then big guy. We are talking about the “World Wide Leader”.

Please keep commenting and let me know your thoughts…..I haven’t quite decided how I feel about this article. Back with Part 3 later on.