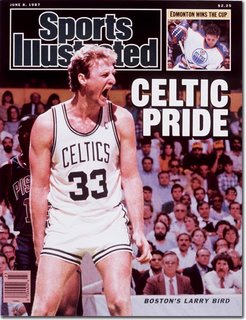 Welcome to the much more Spiteful Part 2! I’ve decided that this article was so bad it needs to be broken up into three sections (with each getting gradually more and more ridiculous). So in this part I will be tackling the categories that I think are relevant and Part 3 will have the irrelevant (don’t worry- none of the categories make sense).

Here’s what I gave him: MVP Awards, Breakthrough Performance, Sidekicks (someone has to be on base for Ortiz to be clutch), Best 12-Month Stretch, Rivals (or who they are clutch against), Defining Performance, and Charisma/Duende (everyone needs a little swagger when being clutch).

I’m going to go into the assinine categories later, but for now let’s just tackle the important ones. You know the ones relevant to the original question.

1) MVP Awards- This would have some relevance if we were comparing Jordan to Bird, or Ortiz to Pujols, or Bonds to Bird, or McGrady to Ortiz, or ANYONE BUT ORTIZ TO BIRD!!!!!!! Ortiz has been in the league for 10 years with really only three of those at an All Star Level. Bird played 13 season….was 1st Team All NBA 9 times…..was NBA Finals MVP twice….and NBA MVP Three times. How do you even begin to compare that? And even on the Ultimate Stage of the World Series Ortiz wasn’t named MVP….Manny was.

2) Breakthrough Performance- I like the Bird break through performance being the 1979 Championship Game, but he brings up this point (B) there was only other guy on that ISU team who even sniffed the NBA (Carl Nicks played 156 games), that had to go down as one of the most memorable individual seasons in NCAA hoops history.

Now there are two things wrong with this statement the first is obvious. When he says that this will go down as one of the most memorable individual seasons is he referring to Bird, ISU, or 1979??? I would assume 1979, but if it’s Bird that’s retarded because they lost the championship to Mighigan State. Second, I can think of a billion teams where only one other player played in the NBA…..For example (and this is off the top of my head): Syracuse 2003- Hakim Warrick (Carmelo Anthony), UConn 1999- Jake Voskuhl (Richard Hamilton, Khalid El-Amin doesn’t count), Kentucky 1998- Jamal Magloire (Nazr Mohammed). I could keep going but you get the point.

AA’s Verdict: I give the edge to Ortiz. Everyone new about Bird before that Championship, and they new about him heading into and during the NBA. No one had really heard of Ortiz (unless you played fantasy 5 years ago) until he made it to Boston. Ortiz made a bigger splash from out of nowhere.

3) Sidekicks- Besides being one of the best movies ever made (shame that Johnny Brandis off’d himself) your star teammates are important to your clutchness. Which isn’t even brought up by Simmons. Ortiz’s “Sidekick” Manny Ramirez is not a sidekick…..he’s an all-around better player than Ortiz and was even MVP during the World Series where Ortiz made his “Break Through Performance”. Everyone knows that Ortiz wouldn’t see the same pitches if Trot Nixon was behind him in the order. McHale was NOWHERE near the talent that Manny is.

AA’s Verdict: I give the point to Bird. He was more clutch with less to work with. His sport has a salary cap, so every player on your team isn’t going to be good.

4) Best 12-Month Statistical Stretch- This is where things get really messed up. Sportszilla goes off on the baseball side of things with great statistical evidence:

If you notice there’s a guy in there by the name of Pujols…..don’t know if you’ve heard of him SG, but he’s pretty darn good. Also there’s been a huge deal about the Walk-off Homers….I think Papi has three, maybe four this year. Well in that 2003 season Barry Bonds had three…..in ONE MONTH.

As far as the Basketball side: Bird averaged a 26-9-8 in the ’86 playoffs, won the Finals MVP and cemented a summer of “Greatest Player Ever” features, then followed that up with a career year in ’87 (28 points, 9.3 rebounds, 7.6 assists, 53 percent field-goal shooting, 91 percent from the line, 40 percent from 3s, his second straight title in the 3-point shooting contest).

That my friends is a twelve month span. No one in basketball was at that level besides Magic, and Magic wasn’t even that close. How he gives the edge to Ortiz is insane.

Rivals: Bird had Doctor J and Magic, Big Papi has nobody. Unless you want to count A-Rod before his recent Section 8. Didn’t think so. MAJOR EDGE: BIRD.

Ummm….what is he talking about here? So we hear him gloat that the Red Sox comeback was the BEST EVER!, but now the Yankees (the highest paid team in Baseball) are nobodies??? I’m confused. Unless……he’s switching from teams back to individuals??? Which, if that is the case, THIS MAKES NO SENSE!!!!

Let’s just pick teams…..it’s Ortiz and the RedSox vs. the Yankees and Bird and the Celtics vs. the Lakers and call it…..

AA Verdict: Now here’s a steal by Bird! Passes off to DJ and he lays it in. (You talk about teammate reactions just look at Walton after the play) 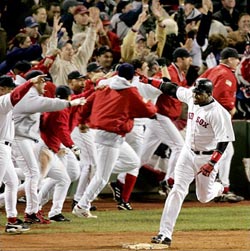 Charisma/Duende: You can’t get the full charisma picture until you see a great player near the end of his career, when he’s running on fumes and getting the job done on memory and character alone. Just watch the famous Pacers playoff game in ’91 when Bird bangs his head on the floor and makes his Willis Reed-like return in the second half, then remember that he had been in traction in the hospital the night before and you’ll know what I mean. Anyway, sometime during the ’85 season, Bird started reacting to clutch spots like Eastwood gunning down everyone at the end of “Unforgiven” (in other words, he barely blinked — and that lasted for the rest of his career, even when he was completely crippled near the end). Now Ortiz is acting like that and you barely see him raise an arm after walk-off homers anymore. That’s a good place to be. EDGE: EVEN.

How in the hell is that even?!?!?! How? Please tell me. You just compared Larry Bird to arguably the best actor ever, and you say it’s even because Papi doesn’t lift his arms when he hits walkoffs? I remember that Larry Bird game…..he hit his head so hard that he was puking all throughout halftime. Ortiz just sits in the dugout and waits until it’s time to come up….puts on his giant armor and comes through. Larry Bird was a warrior.

AA Verdict: The Legend (name says it all).

Bird wins the Clutchness Battle 4 to 1

Now here’s the last thing I’m bringing up until Part 3 (coming tomorrow). I think David Ortiz is amazing. In fact, I have a list of things I want to “See in Sports Before I Die” and Ortiz hitting a homer/game winning homer (even better) at Fenway made the list last year. Here’s what I don’t understand…. 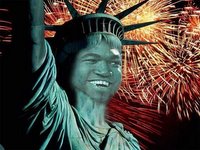 When you add up all 23 categories Simmons has Bird winning 12-7-3 (for some reason he doesn’t give us a winner under the category of “Ultimate Ceiling”…shucks). That seems like a pretty sound victory to me, but here’s even more. Simmons gives Bird Big, Major, and Major Major wins for three Categories. Ortiz gets two slight wins and a miniscule. Doesn’t seem close in my book, but again Simmons’ bias rears its ugly head. Just an edge Billy??? Really?

“For now, the Legend gets the edge. To be continued.”- Bill Simmons