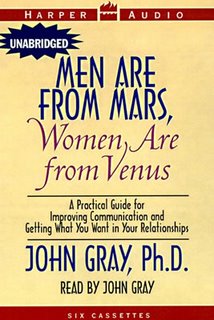 Well we’ve made it to #10, and the World Wide Leader hasn’t shut us down yet. Some people have wrote in expressing their displeasure with my portrayal of Simmons….you know sticking up for “Their Guy”…..and I can understand that. But just so we’re on the same page here…..Recap: I don’t hate Simmons. I loved him at one point, and I think he’s mailing it in now (See This Weeks Article. It’s his diary from SuperBowl XXXIX….you know the one two years ago. Enjoy it…I’m not re-reading it.)

Well #10 is on the Guy vs. Gal article this past week.

It’s a picks article, which come every Friday during the football season, but it has a new wrinkle. A mailbag combined with the Sports Gal’s picks! (Fun times I hope she kills him). She also gets a 200 word or so paragraph to write on anything she wants. Not a bad idea I might say. Let’s get into this…..

Quick story: When I sat down to watch last night’s game, after enduring the excruciating pregame show that featured P Diddy, Rascal Flatts, Pink, some Madden highlights and a nearly orgasmic Rich Eisen (where the hell was the football talk?), the Sports Gal asked me which team I picked. After I told her Miami, she glanced at the TV and shook her head. “Isn’t the game in Pittsburgh?”

“Why would you pick against a team that just won the Super Bowl? Won’t the crowd be really excited?”

Just like that, she walked away. And she turned out to be right.
(and so it begins……)

SG: Now I’m kicking myself — that’s what I should have written! Would have saved me two full days and 5,000 words of writing. Damn. Maybe next year.

Actually that would have been damn funny. I think if you’re going to mail it in then you should go all the way with it.

Q: Has anyone, as far as you know, given thought to why the NFL teams that play on Thanksgiving don’t save a bye for the Sunday before Thanksgiving? It seems like that would be the smart thing to do, but nobody ever does it.
— Cindi, Wethersfield, Conn.

SG: Come on, Cindi, that’s way too logical. This is the same league where a coach can’t get a referee’s attention to challenge a touchdown unless he sprints onto the field and whips the red flag at him like Miggs flinging his body fluids at Clarice Starling’s face. A bye before a Thanksgiving game could never fly.

I may be wrong here, but NFL teams don’t have a say in what their bye week is do they? Why would he even answer this question?

Q: I just picked up the “Madden NFL 07” Hall of Fame edition which has John Madden on the cover again. Now that the curse is official, is he immune since he was on previous covers before, or will he mistake his microphone for a turkey leg in November and be out for the rest of the season?
–Joe Schultz, Tucson, Ariz.

SG: I’m leaning toward the latter. By the way, is there anything more frustrating than challenging a call in “Madden,” watching the replay, seeing that you were clearly right to challenge the call … and then the ref runs out on the field and announces, “The call on the field stands”? You can’t complain, you can’t bitch to anyone, you just have to sit there and grit your teeth. Drives me crazy. (By the way, I graduated from college 14 years ago.)

I agree wholeheartedly with that statement. The worst is when a receiver is clearly out, but somehow the computer thinks they got that floating phantom foot down. Also, the HOF version is a complete ripoff. $10 extra dollars for a DVD…..but guess who bought it???? Me Baby…..Me.

Q: Nice “thumbs up/thumbs down” article. Maybe for your next one you could do a “cheers” and “jeers” feature. Dork.
–Marco Ruffini, Chicago

SG: Wait, you just took two minutes out of your life to fill out an internet form so you could try to insult some random Internet columnist … and I’m a dork?

Umm, riiiight. And this is coming from the same guy that posts on SOSH? That comeback was weaker than Nicole Richie’s left arm. But then again I am spending about 30 minutes doing the same thing, so there’s not a chance I’m not sticking up for my boy Marco. (P.S.- Marco’s right.)

Onto the Picks…..and I will not make fun of these because I wasn’t much better this past weekend.

I was talking about football announcers with my buddy House last night after a three-hour game in which Madden and Michaels didn’t offer one critical comment beyond, “I’m not sure I would have gone for it there on fourth down.” House watches college football and claims that the announcers are 100 times worse, which I find hard to believe. But we got to talking about Kornheiser, and here’s the thing: This HAS to work. He’s our only hope. If he doesn’t bring up salient questions, offer critical remarks, inject some personality and move a formulaic, cliché-ridden, punchless profession into an entirely different direction, you know who ends up losing in the long run? Us. That’s who. Anyway, that’s why I’m rooting for Tony to succeed. Same for House.
(Hmm, I’d agree with that for the most part, but the college thing is just a dumb thing to say. Most college announcers are just starting out, so they would be inheriently worse. But I don’t think you can discriminate when you make fun.)

The Sports Gal Section: Pittsburgh W, Denver L, N.Y. Jets W, New England L, Baltimore W, Kansas City L, Seattle L, Atlanta W, Houston L, New Orleans W, Dallas L, Green Bay W, Arizona L, N.Y. Giants L, Washington L and Oakland L.
Total: 5-11
There’s a new commercial where Lindsay Lohan claims that she uses Proactiv a few times a week for healthy skin. This made me laugh because she lives at the Chateau Marmont and probably gets a facial and massage every other day. Also, this girl can’t even show up on a movie set on time, now I’m supposed to believe she remembers to take her Proactiv every day? I don’t think anyone who’s famous or wealthy should be able to go on TV and endorse skin products unless they divulge the other “keys” to their beauty routine, like acne extractions every week, microderm abrasion two times a month, two facials a week and La Mer moisturizing products at $200 a pop. These celebrities spend at least $2,000 a month keeping their skin “healthy.” In Lindsay’s case, she’s a chain-smoking, club-hopping tramp who spends her spare time getting tanning sessions, shopping and forgetting to eat. She’s going to look like a leather purse in 25 years no matter how much Proactiv she takes. She should have to mention that too. I hate that commercial.
(I agree 100%. F, Lindsay Lohan and her side boob. No seriously, that was actually pretty good. I’m impressed by SGal.)

Just an average showing from Simmons, but I’m giving the SG the win today. See 200 words of thoughtfulness beats out 3,000 of nonsense anyday (now if only I could abide by those rules). SGal loses some points for the picks, but it’s her first try and she’s only down two. Simmons is also going to be on The Colbert Report this Thursday night…..back Friday with another Review. (Oh and since it’s football we’re changing the rings to the Patriots.) 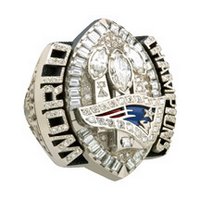