Welcome to the year of our Lord Two Thousand and Five. In case you’ve suffered amnesia or were in a coma during this fabulous year here’s what you forgot/missed:

Martha Stewart was in and out of jail, the Terry Schiavo Debate was in full force, Pope John Paul II passed away, Tom Cruise jumped on a couch, Deep Throat was revealed, Greats Johnny Carson and Richard Pryor joined Sam Kinison in the sky, Katrina wrecked havoc on the Big Easy, America’s couple Brad Pitt and Jennifer Aniston split, and the Saddam Hussein Trial began (I’m not really sure if it’s over?) 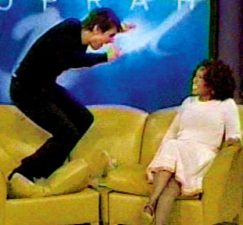 The Red Sox lost in the first round of the playoffs….Red Sox fans began to whine again. The NHL season was canceled…no one noticed. The Eagles cut T.O. Randy Johnson headed to NYC, The NBA added a Dress Code, Congressional Baseball Hearings were made a mockery, Larry Brown promised Knicks success, and Future HOF (not anymore) Ralfy Palmeiro tested positive for ‘roids.

All of this, and John Edward Bayless the 2nd had it ALL covered. I give you my favorite 10 in Chronological Order (one is out of order, but only because I saved the best for last). Hold on to your hats…….

10. Bayless: Yay, Jose. In a few years, we might be thanking Jose Canseco for helping to clean up our national pastime. (February 14, 2005)
Jose Canseco the Hero! Here are the highlights:

9. Bayless: Mr. Hockey Hater. Skip Bayless is confused and frustrated. But one thing is sure: he doesn’t really like hockey anyway. (February 18, 2005)
One guess as to what this one is about…..this should be grand!


8. Bayless: Million Problem Baby. If “Million Dollar Baby” wins Best Picture, Skip Bayless is throwing in the towel. (February 25, 2005)
Great Skipper is at the movies, and surprise….he doesn’t like something! And he takes shots at females!!! Exciting…..(Who writes the titles for his articles? Is that supposed to be funny?) 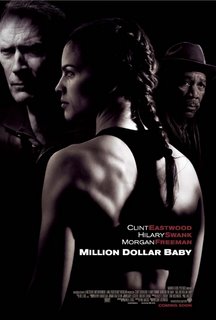 7. Bayless: No More Madness. With the one-and-done format and a bevy of undeserving teams, Skip Bayless isn’t quite ready for the tournament. (March 14, 2005)
Wow if the Million Dollar Baby article wasn’t bad enough.

6. Bayless: Iron Genius. Think Mike Tyson is a dope? Then why does he make millions every time he opens his mouth, asks Skip Bayless. (June 10, 2005)
John now tries to explain how Mike Tyson is a marketing genius…..when he’s dead broke. This should go flawwwwwlessly.

5. Bayless: Feeling the Draft. When Skip Bayless thinks about Marvin Williams and the draft, he has more questions than answers. (June 27, 2005)
Skip and the Draft. He’s been known to “not use statistics that much”….that will work well with this piece.

4. Bayless: Little Scary. The Little League World Series has gotten a little out of control, says Skip Bayless. In fact, some of these kids are probably using steroids. (August 22, 2005)
Bayless uses his Bonds know-how to hint that Little Leaguers are using steroids. Hmmm?

3. Bayless: Junk Bonds. After the way Barry Bonds conducted himself this year, even Skip Bayless can’t root for him anymore. (September 22, 2005)
Another Bonds article….we ARE lucky individuals. 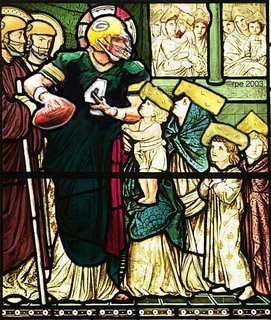 2. Bayless: The End Is Near. As a new year is about to begin, Skip Bayless says an era is about to end for three of the most compelling athletes of our generation. (December 29, 2005)
Skip tells about three guys that will be retiring…..except none of them retired.

1. Bayless: The Clash. Every sports journalist has had his or her share of heated run-ins with athletes and coaches. Skip Bayless shares a few of his war stories. (July 6, 2005)
Now I know you haven’t read all of these articles in their entirety (if you have you’d be ready to throw up about now….kinda like me), but if you read any of them read this one. It’s athletes at war with Skip, and it’s awesome.

So those are Skip’s Articles from 2005. If you find one I “Skipped” over just start a discussion in the comments. I’m knee deep in this now, so the Chat Highlights will come tonight, and we’ll wrap it all up with 2006 tomorrow.

(Side Note: I remember having an argument once with my friend Boston Barry about the Red Sox, and he compared me to Skip Bayless. I don’t think I’ve ever been more livid in my entire life. That’s the type of shit that starts wars my friend.)