So our friend Skipper is no longer going to be writing for ESPN 2. That doesn’t mean we can’t tear him apart year by year does it? We will be counting down his worst articles, which are ultimately the best (most entertaining), for each year he was writing for Page Deuce (he’s amazingly been there since December 10th, 2004!!!) And while we’re at it let’s throw his best chat in each year….you know the one where he called you an Idiot. So let’s get into the De Lorean and head back to 2004…..(insert Waynes World dream sequence) 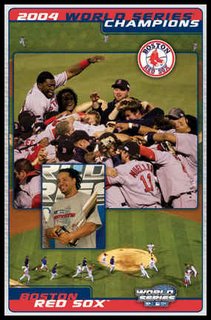 Ah the year of our Lord….Two Thousand Four. You may not remember what was going on back then, but that’s what we’re here for. 2004 brought the Avian Flu to Canada (unfortunately not lasting too long), Yasser Arafat passed away, Rovers were on Mars taking pictures, the Tsunami devastated Southern Asia, and President Bush was “welcomed” back into office.

All of this AND our friend Skip gave us 4 spectacular stories in his ESPN debut!!!!!

4) Bayless: Prove it to me. It may seem pretty obvious that Barry Bonds is taking steroids — but you know what? Where’s the proof? (December 10, 2004)
Ahh, Barry Bonds article 1 of 238. A few highlights/quotes:

3) Bayless: Beane Ball. To all of you questioning the latest trades by the Oakland A’s — believe in Billy Beane. (December 23, 2004)
Good article considering Moneyball came out in June……..2003!!!

2. Bayless: Lance’s Limits. Lance Armstrong is an amazing athlete — but the world’s greatest? You’ve got to be kidding. (December 30, 2004)
Ichiro, VO2 Max, and Endurance…OH MY!

1) Bayless: Kobe vs MJ. Kobe Bryant may be more talented than Michael Jordan. But he’s not nearly as bright as MJ. (December 17, 2004)
Oh man is this a good article. You’ll think this especially true when we get to 2006 where he says Lebron is closer to MJ. But it’s always good to tell us something we already know (and you will continue to tell us this in 67 articles over 3 years: Lebron v. MJ, Kobe v. Lebron, Kobe v. MJ 2-64. In fact I’m not even going to comment on these quotes…..I’ll let you have at them in the comments section.

So that was Skip 2004. And just how the USC Trojans pretended they won the National Championship……Skip pretended he was a writer (kinda like me).