Ahh, I missed that soundbyte. Let’s get in to this……

I’m kinda torn on this team. There’s Mike Tirico, who has about as much personality as a desk lamp. Then you have the definition of verbal diarreha that is Joe Theisman. And now you throw in Tony K. into the mix.

For last night’s game I’m giving the team a grade of C+ (and that’s good coming from me). I’ll get into that more later. What I really want to talk about is the train wreck that is ESPN Football. Let’s forget the Announcers entirely for a second, and focus on the production side of things.

1) The new scoreboard in the middle of the screen is retarded. While it’s smaller….it’s so damn distracting at the bottom. It’s under everyone’s feet, and covers up the field…..just a dumb move.

3) About 3 minutes before the half Tirico announced that Mort was “joining the guys at halftime” with some big news on Matt Leinart. Well the big news is that he was signed, and everyone in the world knew about it ten minutes ago. Why wait another 15 minutes for Mort to tell us?

4) In direct correlation to #2……if you have two sideline reporters that get more talking/camera time than the third guy in your booth (and the guy whom everyone is watching) it’s time to change things up. Every five seconds they went to Manly Kolber or Clueless Tafoya. At one point, after a piece on Steve Hutchinson leaving Seattle, Tafoya just recapped the entire thing! She even said that, “the Vikings are feeling great about getting Hutchinson from Seattle”. That’s the same f’ing thing that was just said!!!!!!!! Stop that crap!

Okay, back to the announcing……… 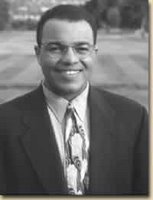 Tirico- I really don’t believe the sexual harassment charges from Mikey. You know why? He has no personality. The inflection in his voice never changes, and there is no enthusiasm. It’s like he is doing golf when he’s announcing Football.

With that said, he’s still a good play-by-play guy.

Theisman- We all know that he’s an idiot. Actually he’s worse….he’s a cocky idiot. He thinks he knows everything…..including one point where he started arguing with TK about the Vikings QB situation. Tony stated that Brad Johnson was “a downgrade from Culpepper”, Joe T was quick to disagree. “He’s an unselfish quarterback… he’s the lowest paid in the league. Culpepper wanted $10 million. He didn’t say, can I be a part of this team?”

Well in his next breath he starts defending Culpepper saying that “He tried to hard last year” and is a “good quarterback”. Tony states that if the two players (Culpepper/Moss) the Vikings got rid of recently were stock “a lot of teams would want them”. Theisman says, “You can’t be a two person football team.”

What?!?!?!?! That makes no sense. I just can’t fathom how he still has a job……and this isn’t the only time this happens. It’s 4-5 times EVERY SINGLE GAME. He makes no sense whasoever.

“You gotta think the Raiders want to come out and pound it physically”……nevermind the overtly gayness of the comment, but the first play was a pass. Good start to the season Joe.

As far as the booth….He wasn’t that bad. Yes there was a Seinfeld joke in the first two minutes, but he settled into the groove. I liked that he call Theisman out on his ridiculousness, and it seems that this team is going to hinge on that relationship.

I don’t know if everyone remembers the first couple episodes of PTI, but that show sucked at first. There was no chemistry between him and Wilbon, and the format was all out of wack. With some time that show became the epitome of Sports Talk shows, and is copied by everyone now.

I think the team will be fine as long as Theisman and Tony can joke on each other and not “take it home” (but that might be a problem given Theisman’s ego). I’m giving the team a C+ for their first broadcast, but ESPN MNF a D+. If the broadcast team can get it up to the B-Level for each broadcast…..the 15 million that watch MNF will like it as much as the 1 million that watch PTI.

One more review to go for CBS Sports…..and here’s a hint into how much I’m going to like it. Kissing Suzy