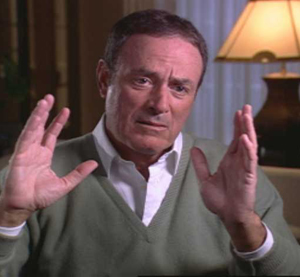 I’ll start with how much I love SNF……just an ingenious idea on the flex game. I can’t begin to say how much that idea rocks. Even in a blowout the quality of the teams involved kept me interested.

I’ve always loved Al Michaels…..sure he’s not as sharp as he once was, but when you hear his voice you KNOW it’s a big game. Also, he seems to be turning into a crotchety old man which is very entertaining….

After coming back from halftime and Dallas setting off fireworks when the team came back on the field….

“It is the stupidest thing in sports….fireworks in a stadium. ESPECIALLY indoors!”- AM

AA agrees. Saw a game in St. Louis two years ago, and sitting in the upper deck when that happens is not fun. Other Michaels highlights…..

“Texans fans are like What the Hell were we thinking drafting Mario Williams”- AM….talking about Reggie Bush after his TD.

And finally Drew Brees……the kid is amazing. In college I knew a chic from Texas that had once dated him in highschool. When I asked her how she got past that giant birthmark on his face her reply was “He threw for 3,500 yards and 31 TDs as a Senior. I could care less about a furry mole on his face.”

(P.S.- I don’t have a photo of it, but Brees has had the birthmark removed and it’s just a scar. If only he could have surgery on the relationship with his mom.)