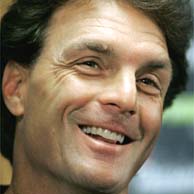 You may say to yourself “Here’s a guy” (sorry my inner Theeeesman/Madden was coming out) who hates everything ESPN. Well not entirely true….just mostly true.

For example, I HATE ESPN U. The local feeds didn’t have the MD game on last night, so ESPN U has now stolen two games I wanted to see (Michigan Football). I have not met one person who has that damn channel. If you have it please let me know….I really want to make sure Dream Job’s Mike Hall is doing okay. Okay? Okay.

Anywho, the normal Thursday Night Team of Fowler and Herbstreit is very good, but the Widweek team of John Saunders, Craig James, and Doug Flutie rocks. Not as great announcers, but because they are like college kids commenting on a game.

The three of them sound like they are either A) Drunk B) Stoned, or C) Both when they call games. I actually laugh out-loud at some of things that are said. Now you ask why didn’t I bring this up before? Well I noticed it the first game of the season when they had Flutie calling the BC game, but last night was just amazing.

Toledo was at Northern Illinois and the Fog for the night game was just massive. It was tough to make out the player’s numbers and the game was also very boring. Well the three of them just joked on each other until the end when it actually got exciting and then called a perfect finish. Some highlights…..

“The fog comes rolling back in….why do we say rolling when it comes to Fog?”- CJ
“Well……”- JS
“I mean I know it’s probably because of the tide or something.”- CJ
“Fog is just low lying clouds. And you say the clouds are rolling in often.”- JS
“Do we really? Clouds “ROLLING” in?”- CJ 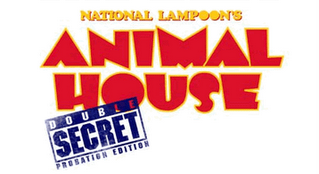 Hilarious exchange because Craig sounded like a stoner. It reminded me of the conversation from Animal House between Professor Jennings and Otter. “That means one tiny atom in my fingernail could be could be one little tiny universe?” Could l buy some pot from you John Saunders?

“And the punt returner is just going to let it die dead”- JS
“Die Dead? Is that what I just said?”- JS

I just about lost it on this exchange, but the spit take was yet to come.

Scene: With very little time in the 4th Craig James was diagramming a play when the booth freaked out…….

It was so funny that I’m still laughing about it. If anyone has video I will worship the ground you walk on.

And guys….it wasn’t a bat. You were just having a flashback.

Matt at the Futon Report has a different take on the trio with valid points. I can see how the crazy banter might have gotten annoying if I was a fan of either team, or the MAC.

Fog Flew Over the Cuckoo’s Nest (The Futon Report)